Last commit was over 1 year ago 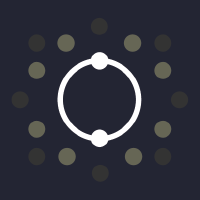 Your best weapon in the fight against outdated documentation.

Documentation is hard. People forget to write it, and they are asked the
same question over and over again. When they finally do write it down,
people can't find it or it gets out of date before it can be useful.

The goal of Orientation is to make a single point of entry for any
internal question someone may have about the organization:

How can I help with bugs, maintenance and other issues?

Do we give student discounts?

How can I help with support?

Check out the [Purpose of Orientation, and Current and Future Features](doc/FEATURES.md).

I originally tried to make Orientation as easy to onboard to as possible for
people in our team. While a huge majority of us had GitHub accounts, not everyone
did. Nor was it realistic to expect non-developers to setup a GitHub account
just to use a documentation tool. We did — however have — company Google Apps
accounts, so this is what I used. I want to enable custom OAuth providers soon.

Some of these system dependencies can be installed on a macOS development
machine with the bin/system command using Homebrew.

Node is available on Heroku if you decide to deploy there, which means
there should not be any issues when deploying or running Orientation
there.

If you want to quickly test out your own Orientation installation, you can use
the Heroku button:

Make sure to check the [installation task](lib/tasks/orientation.rake) if
anything strange happens during installation.

Once you're done, pay close attention to the .env file that will appear at the root. It's copied from [.env.example](.env.example) and contains all the
environment variables needed to configure Orientation.

OAuth is disabled in development and you will be signed in as whichever
user is returned from User.first.

See [.env.example](.env.example) file. Note that if you host your Orientation
on Heroku you'll need to set those environment variables manually. I recommend
dotenv-heroku to do this easily
using you local (git-ignored) .env file as a canonical source.

Multiple buildpack support used to be unofficial and relied on a custom buildpack created by David Dollar. This is no longer the case since Heroku has rolled out official support for multiple buildpacks.

Therefore, if you decide to deploy Orientation on Heroku manually (without using the Heroku button, which would take care of this for you) you will need to add two buildpacks since the app relies on NodeJS for yarn package installation.

Note that for some reason you need to be the owner of the app on Heroku in order to be able to do this:

When you run the following command, your output should be similar:

If you enable transactional email notifications with Mandrill, you'll need to create Mandrill templates with names that match the ones listed in our [Mandrill documentation](doc/MANDRILL.md).

Orientation uses a Sass-based CSS architecture called MVCSS.
It was extracted from Envy and [Code School](http//codeschool.com) work by both front-end teams.

It's not nearly as complex as a framework. The basic gist is that we try to
keep things as modular and dynamic as possible. Magic values are not welcome.
If you contribute styling changes to Orientation, please take the time to get
the lay of the land.

In development we cheat around OAuth by simply using User.first as the
current user because it's easy and we're lazy. Testing OAuth in dev is
hard.

If you're curious what the OmniAuth hash from Google OAuth 2 looks like [check
this out](doc/OAUTH.md).

We welcome those with open arms but we kindly ask that you [read our contribution guidelines](CONTRIBUTING.md) before submitting pull requests. :heart: